So what’s the point of having a 3D printer in your home? Alright. You’ve heard about these printers that don’t just print paper – they print entire objects. And there’s a ton of hype behind them, saying that they’ll be just as revolutionary as the printing press was… or something like that.

But you’re probably wondering why. Why do people care so much? What can they do? We’re here to answer your questions in a quick, 3-minute post – after reading, you’ll know exactly why you’d want a 3D printer for home. Let’s get started.

You can print some legitimately (and awesome) useful stuff 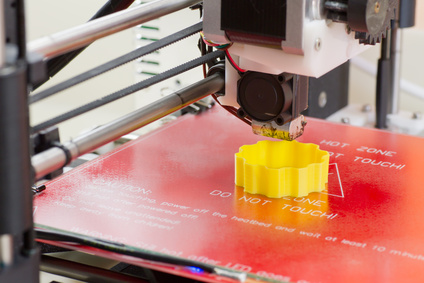 Let’s start with the useful stuff. If you’ve ever watched an explanation video of a 3D printer, they’ve probably been printing some mundane stuff… like, lame as in solid blocks of plastic. The truth is that as long as you have a halfway decent printer, you can print a bunch of stuff that you use in your everyday life.

For example, you can print paper clips. That’s one of the most basic things to print. From there, it gets more and more exciting – as long as you have the materials, you can print some awesome stuff, such as…

See where this is going? A 3D printer can make anything that’s made out of plastic.

And we know what you’re thinking – how on earth do you design something like this? Well, all we did to find the above items was do a search on Shapeways. It’s a site that allows you to buy 3D designs of almost anything – you just buy the design, upload it to your machine and let it rip.

You can get better at engineering as a whole

Assuming you want to, that is. On Shapeways, there’s a design for almost anything. And if you’re using your 3D printer at home, you probably don’t need anything too complicated.

But if engineering is your thing, then 3D printers are a great way to master your craft. You create the design in a program like AutoCAD, which you’ll probably be using for school anyways. As 3D printing gets more and more popular, you’ll be way ahead of your peers.

As long as you’re decent, you can sell your 3D designs

Once you get good enough, you can start designing stuff of your own that people actually want to buy. We mentioned Shapeways in this article, but there are a couple of other popular marketplaces – all you have to do is search for them. And there you have it – three reasons why you’d want to have a 3D printer for home. They’re not cheap, but at this point, they’re not that expensive, either. Pick one up for a couple hundred bucks and have fun!